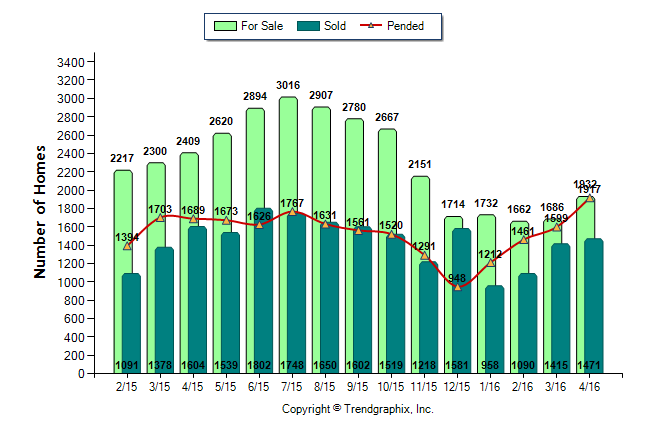 April 2016 is bringing only positive things to Sacramento’s real estate market. An analysis by Realtor.com ranks “Sacramento-Roseville-Arden Arcade” number 8 out of 20 in the nation’s hottest real estate markets. (Check out the article here.)

Numbers don’t lie! Just take a look at the positive trends from March to April of this year:

Months of Inventory based on Closed Sales in April 2016: 1.3