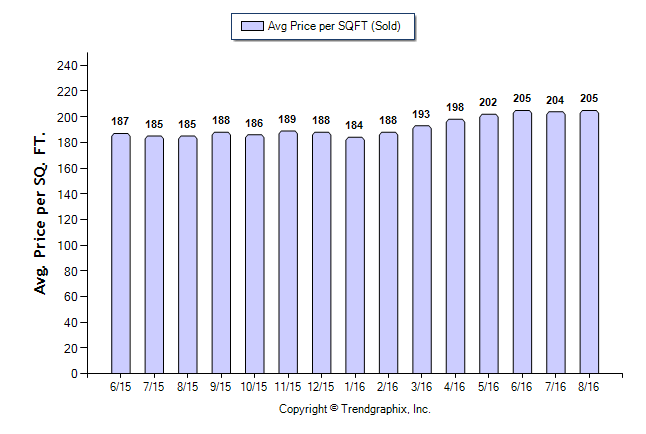 The trend continues! August 2016 continues to bring good things to Seller’s in the Sacramento market, and word is starting to spread. There is a nearly 3% increase in the number of homes on the market compared to last month (but still down from this time last year). The increased supply isn’t slowing down sales, with 11.7% more homes placed under contract, and a 7.4% rise in the number of homes closed from July.

This month shows the average sold price per square foot is slightly appreciating, up .5%, (to $205.00 per sqft) that’s a nearly 11% increase from this time last year. Even though the average sold price has shown a (very) slight upheaval, the sold/original list price ratio is falling, down 3% from last month, closing at an average of 96% of asking. Despite an overall increase in prices, homes are spending less time on the market, with an average 25 continuous active days listed.

If you’re thinking about selling, or are jut interested in learning more about the options available, give us a call! We would love to help. 🙂

Below is a more in-depth breakdown from Sacramento MetroList of the current trends in the area: