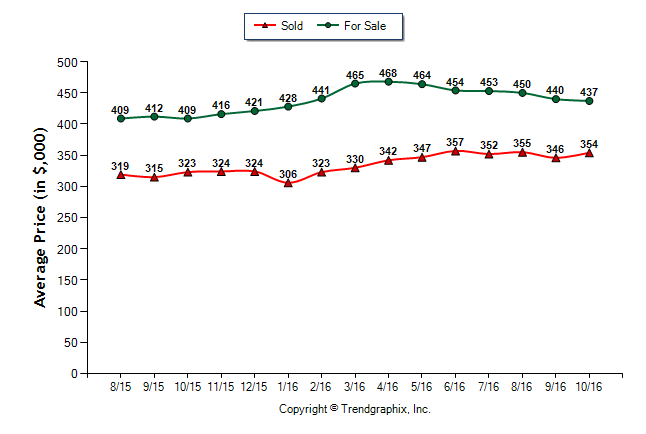 Despite California year-to-date sales being down 3.7%, October is still being hailed as a Seller’s market.

California single-family home and condominium sales were 35,842 in September 2016, a decline of 10.4 percent from August and a decline of 6.7 percent from 38,397 in September 2015. Year-to-date sales (January through September 2016) totaled 318,757 properties, down 3.7 percent from the same period in 2015. “The normal seasonal sales decline began in September so taking a longer term view gives a complete picture of the market,” said Madeline Schnapp Director of Economic Research for PropertyRadar. “Sales from January through September fell 3.7 percent compared to the same period in 2015, the lowest since 2011. Despite lower sales, prices continue to climb higher albeit at a slower pace than prior years.”

To read the entire article on Property Radar, click here.