Tile Walls Beyond The Shower

Tile Walls Beyond The Shower 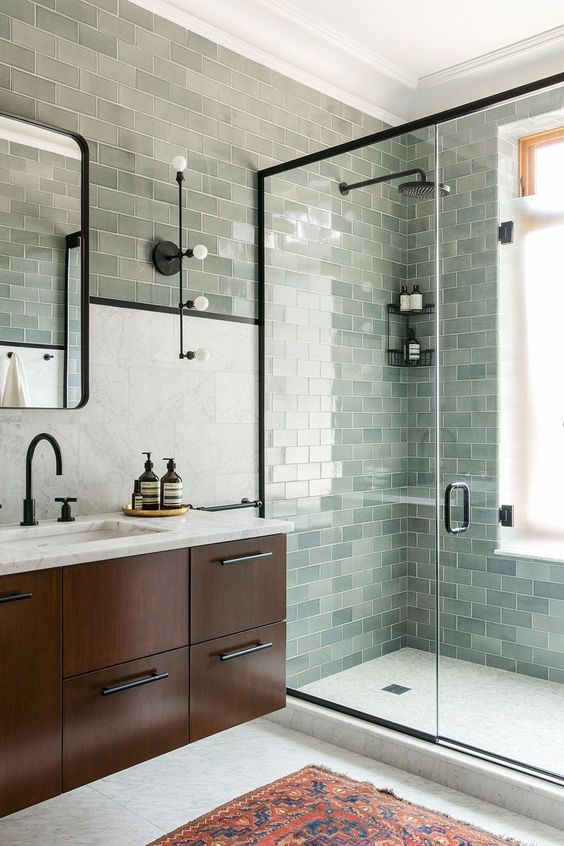 We’re currently working on an awesome bungalow in Oak Park. Everything from the raised front porch to the wainscoting in the living room give this 1915’s-era home a ton of charm. Along with the coo, old-school layout came some “smaller-than-we’re-accustomed-to” features… or to put it bluntly, the bathroom’s pretty darn small.

We didn’t want to take away from the vintage-vibe of the home by modernizing the bathroom too much, but we definitely needed to get creative. After moving around the toilet and the vanity to create more space, we decided we could also play with the design to make the room feel more open.

This is how it all started…

The shower is a bathtub/shower combo, so we needed to tile the walls. We prefer tile over fiberglass set-in units, especially in instances like this one, in an older home full of unique character. Subway tile, when applied horizontally, can make a space seem wider because the tiles draw the eyes outward. After looking around a little we noticed people are starting to extending their tile work (often subway-style tiles) outside of the shower, continuing it behind the toilet and/or vanity. Doing this, especially when it’s paired with clear glass shower doors, creates the illusion of larger, more cohesive space. 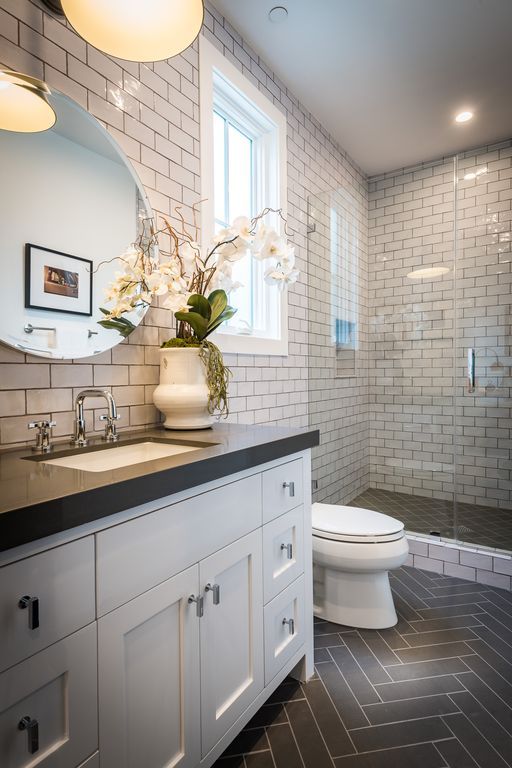 When you think about it, it makes sense! Instead of taking a small wall and breaking it up, you’re making it one large, full wall.

We love how this simple trick can help to create the appearance of a more open space. Even in larger bathrooms, it’s great for adding a custom touch. Instead of covering the entire wall, some designers are only continuing the tile near the top portion of the wall (see main article image) or along the lower portion of the wall for a more vintage touch.

We’re obsessed! What do you think?